Posted on December 18, 2011 by Laura Rittenhouse

I’m spending Sydney’s summer in Germany and my garden is being tended and eaten by my nephew John (when he can beat the bandicoot, possum, caterpillars and aphids to it anyway). He has been kind enough to send me a batch of photos so I can appreciate the fruits of my labour – and be green with envy.

First up, carrots. I wasn’t impressed with the sprouting of my seeds, but those that did germinate seem to have done very well. I have it on good authority that there are more to be harvested whenever anyone is ready to eat them. 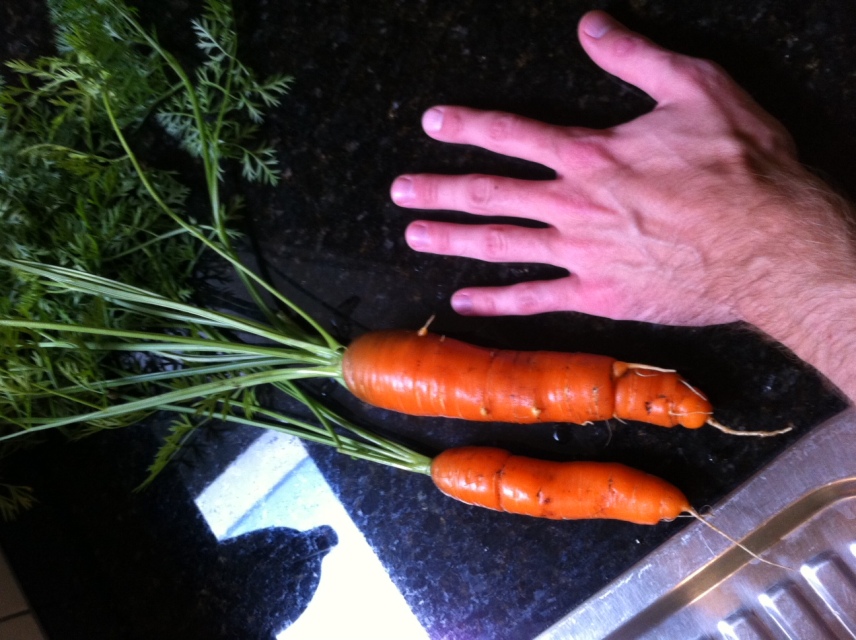 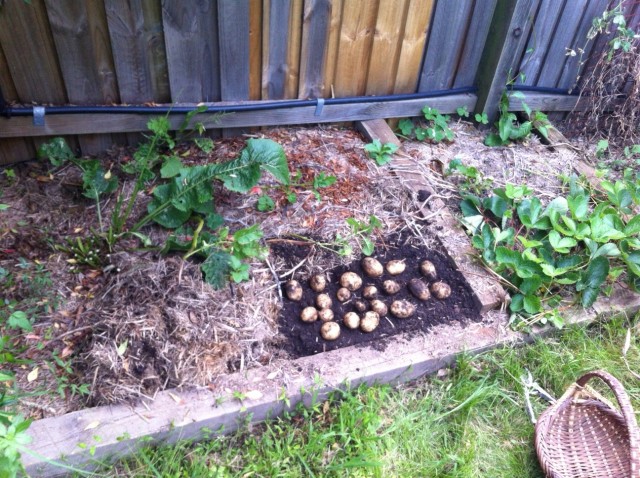 Below are the potato plants that are from the last of my kitchen potatoes that I threw in the ginger bed back in October before boarding my plane for Germany. The bed is really shady so who knows how they’ll produce.

There’s a bit of ginger sprouting behind the potatoes – I think they are 2nd year shoots but I suppose they could be from my last mad planting from my fridge before travelling. 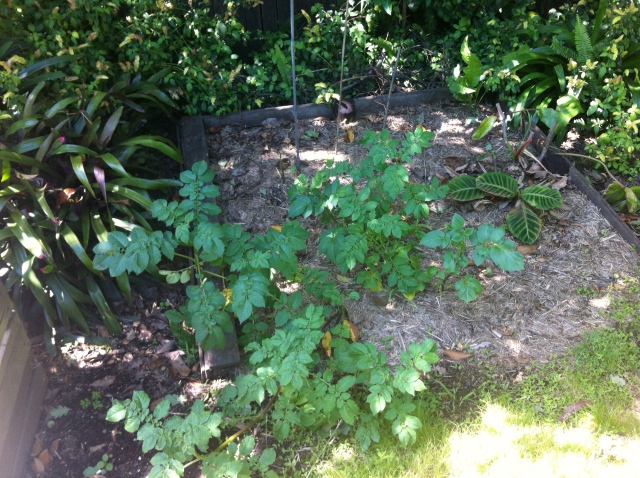 I’ll end this post with my corn. I still am inordinately proud of this crop (it even has ears!!!). I’m such a farmer 🙂 And the zucchini seems to be hanging in there. With all the rain this summer I suspect it will die a slow death from leaf mould – but who knows, with John urging it on, maybe he’ll get a harvest. 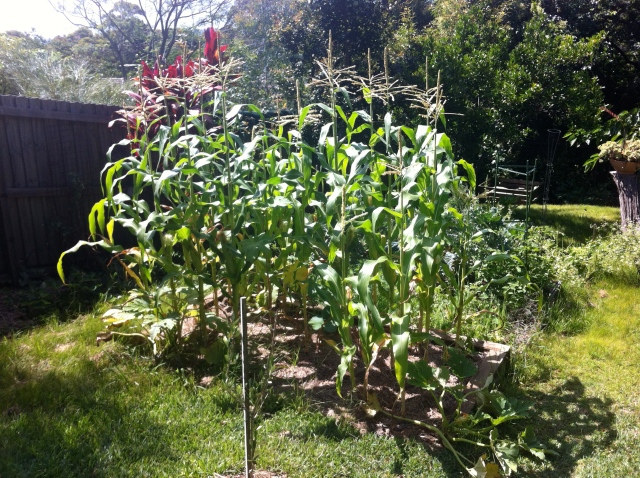 I feel I need to be fully honest here and admit the Brussels sprouts died a sad and lonely death under the teeth of every animal that wanders in my garden. The photos John sent showed some really large plants but nothing left for humans. Ah well, maybe next year.

I'm an American-Australian author, gardener and traveller. Go to my writing website: www.laurarittenhouse.com for more. If you're trying to find my gardening blog, it's here.
View all posts by Laura Rittenhouse →
This entry was posted in Garden and tagged carrot, corn, ginger, potato, zucchini. Bookmark the permalink.