I adore Rusty. He’s so loving and sweet and cute as a button.

He knows how to have a good time – he loves toys! 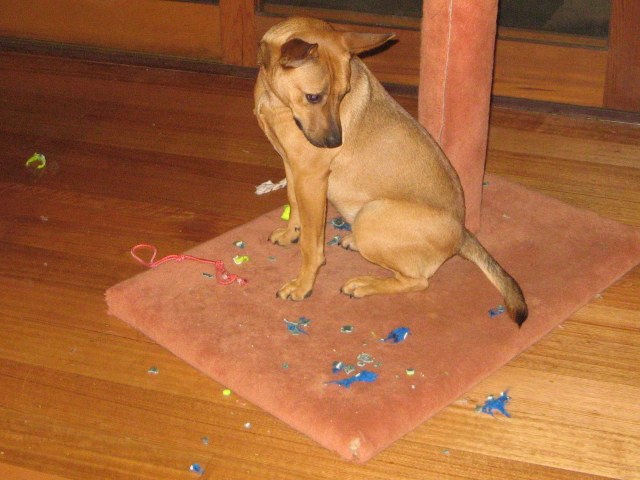 He’s bright enough to find the softest seat in the house.

He knows how to enjoy the simple things in life.

But (why is there ALWAYS a but?), he has rotten taste. I mean that literally. He likes the taste of rotten things.

A friend recently took her dog to a vet who sent her home with a couple of rabbit carcases and heads. She was game to feed her dog the carcass but the head was a bridge too far. She dropped the heads off at my place thinking Adler, my cat, might like them. Of course cats don’t eat dead bits left lying about, if they did, we wouldn’t have a feral cat problem in Australia because they’d be regularly poisoned (like those dumb foxes). 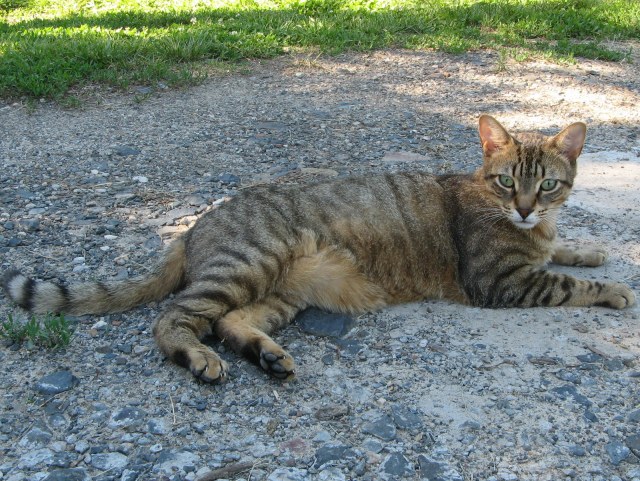 I don’t think so!

Rusty had no such qualms. The first head was keenly received and sniffed and licked and inspected and carried around and vanished. Yes, he vanished it. The second head was “vanished” much more quickly. I was sure they were both eaten and that would be the end of those furry and, quite frankly, scary looking heads.

Ha. Six days (that’s right, 6) later, I saw Rusty digging something up in the back garden. It had ears!!!!!!! Shortly later it was again “vanished”. On the 7th day, ears appeared again out of no where. They are currently vanished where I honestly hope they stay.

I think I saw a bunny rabbit

Of course, he wanted to come and give me a good lick after this great fun had ended. Yeek.

Before anyone feels obliged to tell me, I do know that dogs bury their meat for a good reason. A nice bit of bacteria grows on it that is good for the dogs digestion. But I can tell you, it isn’t good for the dogs adorability factor!

I'm an American-Australian author, gardener and traveller. Go to my writing website: www.laurarittenhouse.com for more. If you're trying to find my gardening blog, it's here.
View all posts by Laura Rittenhouse →
This entry was posted in dog and tagged dog. Bookmark the permalink.

7 Responses to Dogs are Disgusting